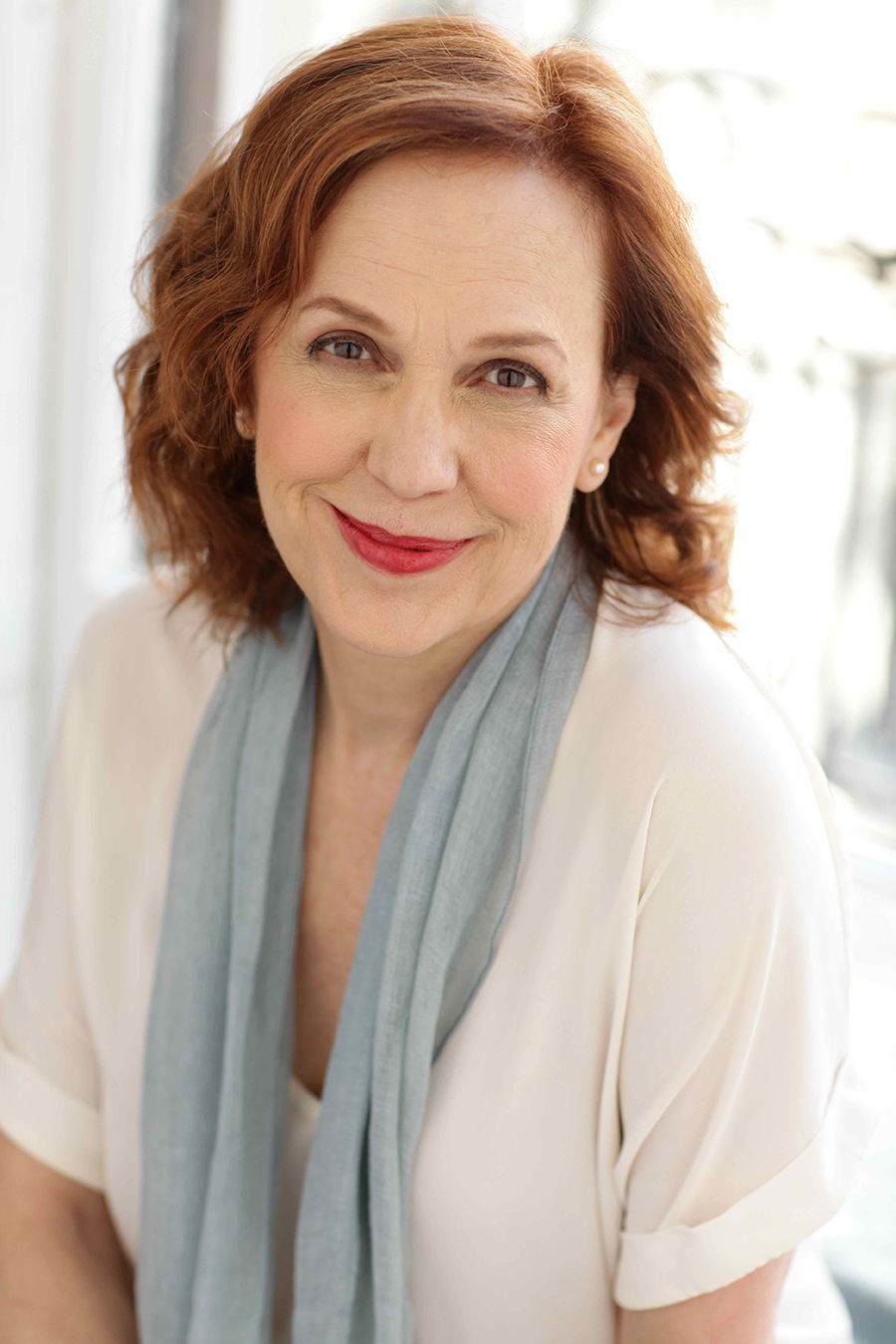 Accomplished and versatile, Templin has performed on stage, screen and television. Her most recent appearance was as the inspired, but vocally flawed, wannabe opera diva, Florence Foster Jenkins, in Stephen Temperley’s Souvenir.

Templin’s New York credits include the premiere of We’re Still Hot! and Tom Lehrer’s Tomfoolery. She has performed in the critically acclaimed York Theatre Company’s “Musicals in Mufti” series in Darling of The Day, Miss Liberty, Johnny Johnson, and Take Me Along.

Television credits include Gotham “Late Night with Jimmy Fallon, What Would You Do? and Midnight Caller.

Regional theatre performances include Washington D.C.’s Arena Stage as Mary Stewart in Marx Brothers’ Animal Crackers. the Walnut Street Theatre as Dolly in Hello, Dolly!, Hannigan in Annie and The Bird Woman & Miss Andrew in Mary Poppins. On the international stage, she starred at the Edinburgh Fringe Festival in Arthur Miller’s Playing for Time.

Her national tours include Mamma Mia!, Titanic, Baby and Annie.

‍‍The Titanic production inspired Templin to create her solo show UNSINKABLE WOMEN: Stories and Songs from the Titanic. Having successfully toured the country with UNSINKABLE WOMEN, Templin created her autobiographical play, SINGING FOR THE COWS. These solo shows have played more than 150 venues, including the New York’s Lincoln Center Performing Arts Library Series.

"Florence Foster Jenkins, in a mesmerizing portrayal by Deborah Jean Templin, sure to be on every critic's year-end 'best actor' list."
— The Independent, NY 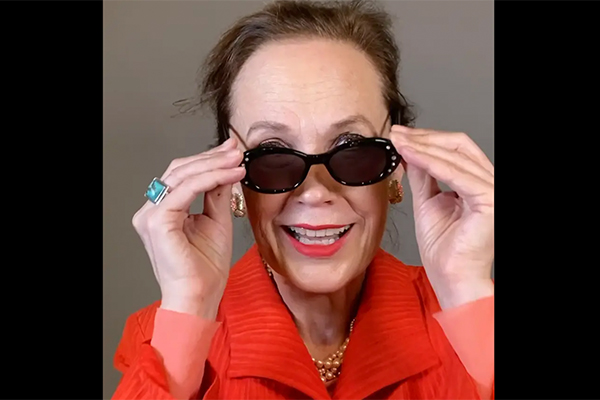 A Messsage from Deborah Jean 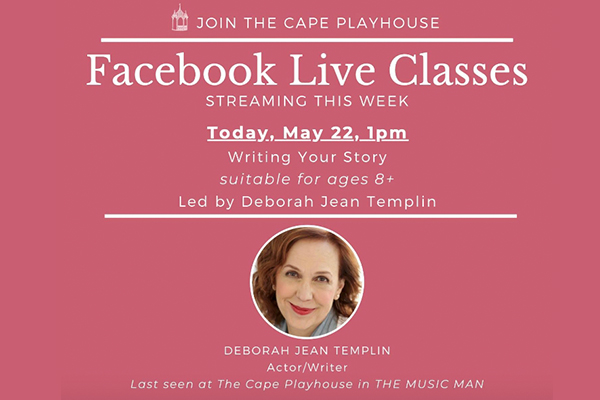 Deborah Jean will teach a class on Facebook Live entitled "Writing Your Story, with the Cape Playhouse. 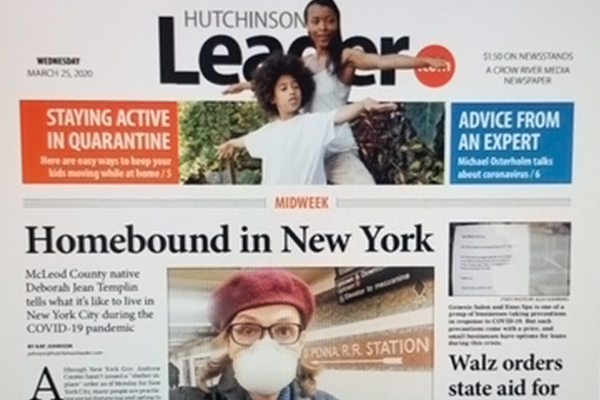 Deborah Jean was recently featured in an article in the Hutchinson Leader about living in New York City during the Covid-19 pandemic. 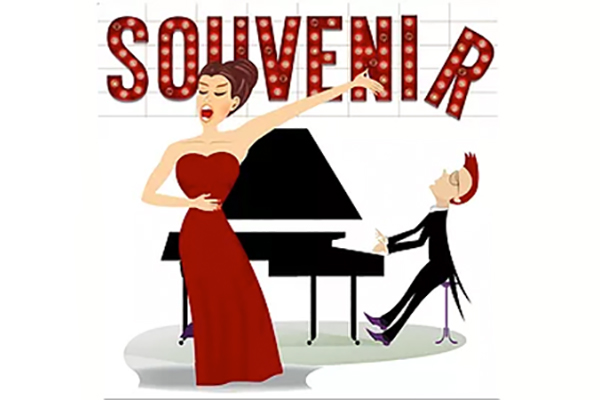 Deborah Jean starred as the  real life socialite Florence Foster  Jenkins in Penguin Rep Theatre’s production of SOUVENIR  in the summer of 2018. 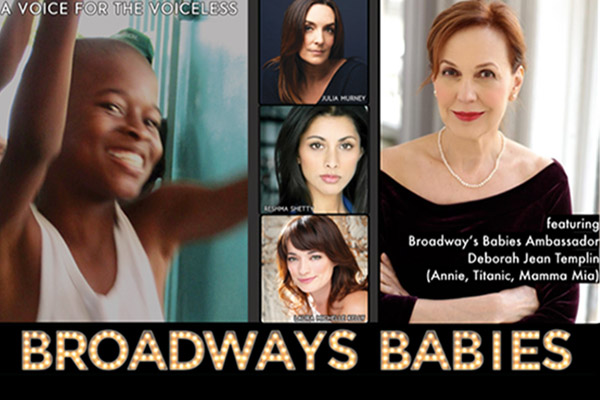 Deborah Jean joined some of Broadway and TV's finest in the spring of 2018 at the Highline Ballroom for the return of the Broadway's Babies Annual Benefit Concert to help raise awareness and money for children in need in NYC and around the world. 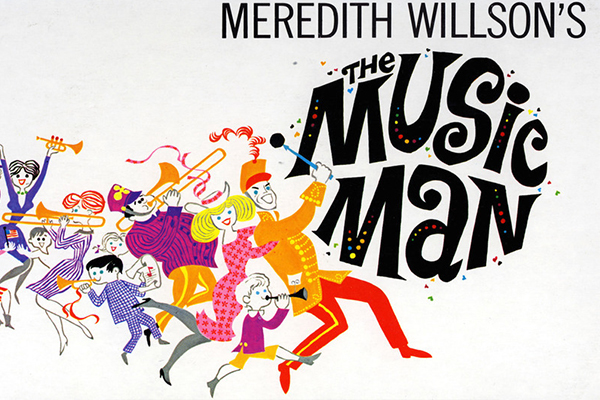 Don't miss her one woman show Unsinkable Women: Stories and Songs from the Titanic

"Florence Foster Jenkins, in a mesmerizing portrayal by Deborah Jean Templin, sure to be on every critic's year-end 'best actor' list."

"Then comes Templin’s Miss Andrew, and from the most unexpected place, there’s a power surge. Templin’s launches into Miss Andrew’s featured number, “Brimstone and Treacle,” and the Walnut stage comes to roaring life."

"Deborah Jean Templin plays four roles, including the nastiest of nannies, Miss Andrew. But the role I'll remember her in is the poor Bird Woman who sells bags of feed in the park – her rendition of the musical entreaty "Feed the Birds" is a beauty."

"Deborah Jean Templin doubles as both the moving Bird Woman and the horrible Miss Andrew, the Monster Nanny."

"Deborah Jean Templin brings the role of Miss Hannigan to life with a taste of evil mixed with a generous portion of humor that leaves you waiting for her reactions around every bend of her frustrated lot in life."

"Dolly, the delightful Deborah Jean Templin, is never happier than when multitasking. She handles minor impediments like a buzz-saw through whipped cream. Templin more than holds her own in the role - a remarkable achievement."

"The production...centers around a performance of luminous understanding from Deborah Jean Templin."

"Deborah Jean Templin is outstanding in the role played in the television version by Vanessa Redgrave."

"In Transylvania, Frederick is greeted by a Germanic hag, Frau Blucher (Deborah Jean Templin, a born comic actor) housekeeper of the ancestral castle. Among the songs, Frau Blucher’s groaning rendition of “He Vas My Boyfriend” is a standout."

"Deborah Jean Templin strikes an exact chord of concern and exasperation..hers is a highly effective performance."

"The accolades must go to Deborah Jean Templin who, though playing two roles in the first half, kept the secret well hidden from those who had yet to check their program."

"SYLVIA PLATH is performed with a shared conviction and spirit...One of the three Sylvias, Deborah Jean Templin, is wonderful."

"Templin whose delightfully Edna Mae Oliver reading of the role was refreshing and perfectly in keeping with the spirit of her song,  "A Handbag is Not a Proper Mother.""

— edge entertainment
the pirates of finance

"Deborah Jean Templin, playing the CFO, brought an authoritative sound with a certain Eve Arden humor to her part that I found charming."

Templin, a crowd favorite as the brassy concierge, belted out "Let Me Sing and I'm Happy""

— Steve feeney, the Portland press
Get In Touch!